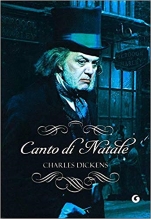 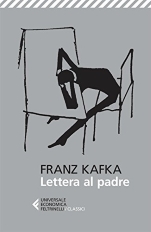 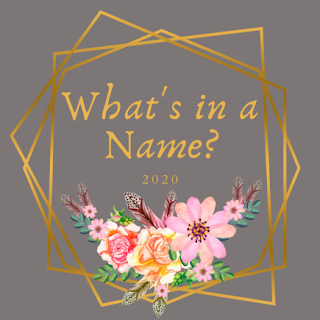 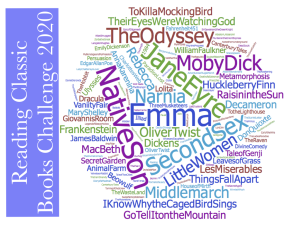 5) Read a classic by a new to you author

6) Read a book of poetry

12) Read a classic that has been banned or censored
Pubblicato da goldmoon a 22:47 Nessun commento:

- A book by a trans or nonbinary author

- A book with an upside-down image on the cover

- A book that passes the Bechdel test

- A book about or involving social media

- A book with a made-up language

- A book you picked because the title caught your attention

- A book about or by a woman in STEM

- A book on a subject you know nothing about

- A book with only words on the cover, no images or graphics

- A book with a pun in the title

- A book featuring one of the seven deadly sins

- A book with a robot, cyborg, or AI character--> Cinder (Marissa Meyer)

- A book with a bird on the cover --> Agatha Raisin e i caminatori di Dembley (M. C. Beaton)

- A fiction or nonfiction book about a world leader

- A book with a pink cover

- Your favorite prompt from a past Popsugar reading challenge

- A book from a series with more than 20 books

1. A book with "Blue" or any shade of Blue (Turquoise, Aquamarine, Navy, etc.) in the title/on the cover.

2. A book with "Red" or any shade of Red (Scarlet, Crimson, Burgandy, etc.) in the title/on the cover.

3. A book with "Yellow" or any shade of Yellow (Gold, Lemon, Maize, etc.) in the title/on the cover.

6. A book with "Black" or any shade of Black (Jet, Ebony, Charcoal, etc.) in the title/on the cover.

7. A book with "White" or any shade of White (Ivory, Eggshell, Cream, etc.) in the title/on the cover.

8. A book with any other color in the title/on the cover (Purple, Orange, Silver, Magenta, Pink, etc.).

9. A book with a word that implies color in the title/on the cover (Rainbow, Polka-dot, Plaid, Shadow, Paint, Ink, etc.).

Cruisin' Thru The Cozies Reading Challenge 2020 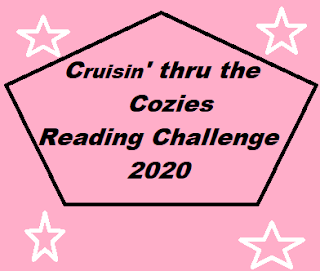 You don't have to choose your books in advance. If you do, you can change your list at any time during the year. Books can overlap with other challenges.

Books can be in any format - paper, audio, ebooks...it all counts!

2020 What An Animal Reading Challenge 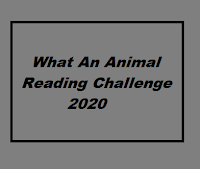 Sfida ospitata da Socrate's book reviews.
The challenge will begin on January 1, 2020 and end on December 31, 2020.
The rules are really simple. I am changing it up a little bit, though...read on...

- Any book read for this challenge has to have an animal that plays a major role in the book (which could be fiction or non-fiction.) It also counts if a main character is (or turns into) an animal (define that however you'd like). In the past, books would qualify if an animal is in the title or on the cover, but that alone no longer qualifies. This challenge is for books related to animals and just because they are in the title or on the cover, doesn't mean it's about an animal.

The animal can be any type of animal (real or fictitious) - dog, cat, monkey, wolf, snake, insect, hedgehog, aardvark... dragon, mermaid, centaur, vampire, werewolf... you get the idea...

Books can be fiction or nonfiction. 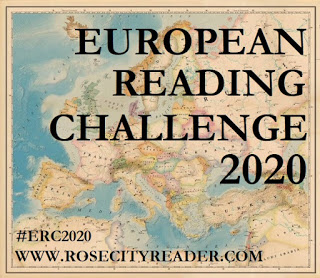 Sfida ospitata da Rose City reader.
The idea is to read books by European authors or books set in European countries (no matter where the author comes from). The books can be anything – novels, short stories, memoirs, travel guides, cookbooks, biography, poetry, or any other genre. You can participate at different levels, but each book must be by a different author and set in a different country – it's supposed to be a tour.

LEVELS OF PARTICIPATION
Participants can read as many books as they want and are encouraged to visit as many European countries as possible. The Jet Setter Prize will go to the person who reads (and reviews) books from the greatest number of different countries (see below). But not everyone wants to compete for a prize, review books, or read a lot of books. You can "complete" the challenge by reading one to five books from different countries. 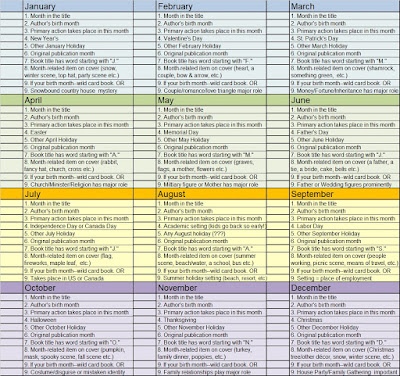 February: Come piante tra i sassi (Mariolina Venezia) --> a couple on the cover 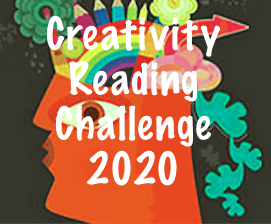 This challenge is about reading books on creativity, art, crafts, writing, film making, photography, cosmetology, DIY, cooking, music and any other topic that helps you live a more creative life. Hosted by: Whatever I think of!

- Begins January 1, 2020 and ends Dec 31, 2020.
- I won't be creating different levels. Read as little or as many books as you want.
- Books may be nonfiction, memoir, how to, self help, coffee table books, instructional, picture books, and even fictional if they are about people who are creative.
- You may include books of any format including traditional books, ebooks or audiobooks
- You may reread books.
- Books may count towards other reading challenges in which you are participating 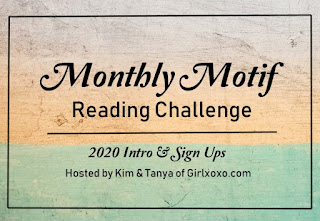 JANUARY- Winter Wonderland Focusing on ‘wonderland’, read a book set in a truly wonderful place- somewhere you’ve always thought was beautiful, somewhere with a wonderfully rich culture, a snowy setting, or maybe even a magical realm. It’s your interpretation, so have fun with it.

FEBRUARY- Seeing Red Read a book with the word ‘red’ in the title OR a book with a red-ish cover. Bonus if it has both.

MARCH- Sub-Genre Sound Off Choose a sub-genre of your favorite genre and read a book from it. Make sure you mention the sub genre you chose in your review. (Ex. Sub Genres of Fantasy could be Magical Realism, Fairytale Retellings, or Epic Fantasy to name just a few.)

MAY- Author Introduction Read a book written by an author who you’ve never read anything by. Bonus if its been on your TBR for more than a year.

JUNE- Name or Number Read a book in which a name OR a number is part of the title. Bonus if the title includes both a name and a number.

AUGUST- Creature Feature Read a book that includes a creature of some kind on the cover or in the story. Cat, dog, dragon, werewolf – mythical or real – find a book that features a creature.

SEPTEMBER- When Text Just Isn’t Enough Read a book that includes more than just text. Maybe it’s a map, a family tree, illustrations, documents like emails or letters- something else that helps to paint the picture.

OCTOBER- Thrills and Chills Ghost stories, haunted houses, true crime, murder mysteries, a thriller keeping you on the edge of your seat- it’s up to you!

NOVEMBER- Dynamic Duos Read a book with a couple of characters that make the perfect pair whether in business or in love. (Ex. Sherlock & Holmes, Elizabeth & Darcy)